The oldest house of LELYSTAD 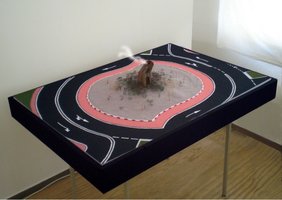 The oldest house of Lelystad

A pitch for an art piece on a roundabout in a city called Lelystad, which is build on land reclaimed from the sea. Because this city has no buildings older than 40 years and therefore lacking certain character, I decided to give the city a history it never had.

‘When the land in this area was still sea, there was a very small island at the place where the city Lelystad is today. This island was just big enough for a small house and a man called ‘Hendrik the Robber’ lived there. He was a villian and stole from ships that sailed cross the area. He even stole the name for his island by taking little parts of the names of other islands: 'Schurkeningen' (in dutch this name sounds criminal and topographic at the same time, but has no meaning). When the sea was turned into dry land schurkeningen was no save territory anymore for Hendrik. He left and was never seen again. His house is still there, they had build a roundabout around it and then a whole city. Some people have seen smoke comming out of the chinmey and others saw a pulsating light shining through the cracks at night. Did Hedrik return or is his loyal house giving him signs to follow home? 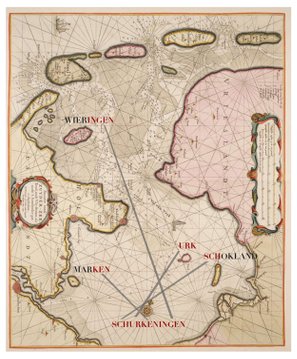